This entry of the Fine Scottish Hampers blog is the first in a new monthly series delivering some of the most traditional and beloved delicacies that you can make in your own home. From familiars like Haggis and Clootie Dumplings to lesser known treasures like Rumbledethumps, we encourage you to come back each month to learn how to bring the great taste of classic Scottish food into your home. For our first outing, as a simple warming meal to have in the encroaching cold weather of October, we present one of Scotland's premier soups: Cock-a-leekie.

Originally introduced to the country in the 16th century as an all-new adaptation to an existing French soup, cock-a-leekie's unforgettable name came into play during the 18th century. Combining the eponymous leeks with chicken stock often thickened with rice, or perhaps barley, we've opted for a highly traditional recipe that includes prunes in the cooking process. An ideal dining choice for the ever approaching Burn's night supper.

1. To cook the chicken, place it whole on a vertical roasting stand in an oven preheated to 200C/400F/Gas mark 6. Roast it for 15-20 minutes until the chicken is golden brown.

2. Remove from the oven and pace in a large cooking pan, adding cold water (or stock, if you wish) along with the fat from the roasting tray so that the chicken is just about covered up. Bring to the boil and simmer with the vegetables and herbs for 40-45 minutes, or until chicken is tender. Once done, remove from stock to cool slightly.

3. Meanwhile, cook the basmati rice along with chopped leeks in boiling, salted water so that they are softened. Drain and refresh the leeks in ice cold water.

4. Chop up the prunes and parsley, leaving them aside for garnishing later.

5. Break away all the chicken meat from the bone; and shred into pieces as large or small as you desire. In a bowl place the cooked rice, chicken, prunes and chopped parsley. Cover in stock/water and serve.

If there are any particular Scottish dishes you'd like us to dig out a recipe for, or even if you have your own that you'd like featured on a future guest blog, you can pass it on to us over at the Fine Scottish Hampers' Facebook page, through Twitter and over at Google+. 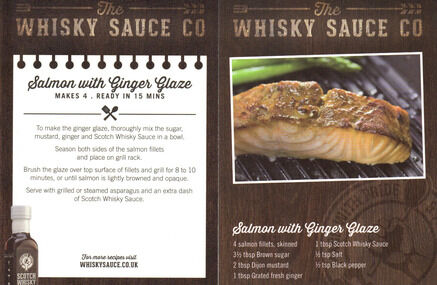 What To Make With Scotch Whisky Sauce?Friday, 13th of November 2015

Packed full of rich flavours, The Whisky Company Scotch Whisky Sauce is one condiment that has become a favourite within any Fine Scottish Hamper. Made in the heart of Tayside with 100% natural ingredients, the sauce is savoury with the slight tang of Scotch 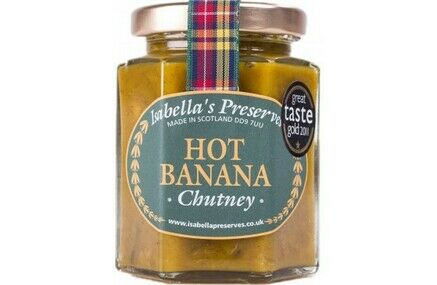 An award-winning and popular brand, Isabella’s Preserves is based in rural Aberdeenshire and offers a delicious selection of homemade relishes, jams and marmalades. All made with the finest Scottish produce, the brand offers a range to please the whole family. 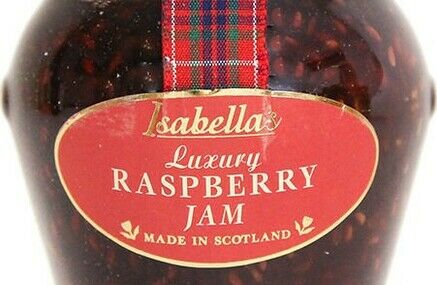