Over two thousand castles have fortified Scotland, some of which we only know of today thanks to historical records. Once the lavish homes of a lord or noble, now they stand as some of the finest hotel stays in the country, offering a stately retreat that ranges from the full 5-star experience to strongholds just a stone's throw from the seaside. We've gathered up seven of our favourite Scottish Castle Hotel Stays, and hope that you get to find bed and board at one of them the next time you're up north:

Reopened as a luxury hotel and restaurant in 2000, Glenapp is characterized by medieval and French renaissance influences, including towers adorned by small turrets, and crenelated battlements on the roof - how romantic! The castle itself sits almost a mile from the electronically gated entrance, and is surrounded by 36 acres of gardens and woodlands.

Built: Late 15th or early 16th CenturyInteresting fact: Believed to have been the starting location for the feuding between the Gunn and Keith clans, leading to the Battle of Champions.

If you like your castles rich in history but also ideal for private functions, Ackergill provides both with 500 years of fascinating feudal lore and a private beach to use for any event up to 250 people. Featuring traditional Scottish hospitality alongside RIB and boat rides, plenty of coastline and it's very own pub; 'The Smuggler's Inn', we can't imagine a more legendary venue to consider.

3 - Borthwick Castle to the East of Borthwick village, Midlothian

Built: 1430Interesting fact: Visited twice by Mary Queen of Scots in 1563 and 1567 when she was under the protection of the 6th Lord Borthwick.

Another strong contender for best Scottish stay for history buffs, Borthwick castle is one of the largest and best-preserved surviving medieval Scottish fortifications. While the surrounding wall and towers have had much restoration, the castle itself has been left well preserved, even leaving behind the damage done by cannon fire from Oliver Cromwells forces in 1650. Converted into a hotel in 1973, it stands as a remarkable backdrop for a wedding or corporate private event, and is currently being refurbished for 2015.

Built: 1847Interesting Fact: The island on which it sits has been inhabited since pre-historic times.

For those who enjoy their Viking heritage and preserved Iron Age artefacts, Balfour Castle has plenty of historic sights woven into their own chartered boat 'Reggie'.  King Haakon of Norway set sail from the castle foregrounds in 1263 with a 100 vessel Viking fleet to The Battle of Largs, and the island's rich tradition of farming means there's plenty of award-winning cattle, beef and lamb to indulge in alongside the 5-star luxury, and a commanding views over a vast wilderness of natural beauty.

Built: 1530Interesting Fact: The castle was the home of the Fairlie family up until 1997

Despite the word "myres" being associated with boggy surroundings, this castle sits in a lavish field with its own equally attractive grounds; featuring great garden walls dating to around the 17th century. Offering heavenly accommodation and exclusive use stays, there's over a hundred golf courses in the near vicinity, but best of all this castle offers seclusion without sacrificing a single comfort.

A magnificent, fortified 16-Century tower just 18 miles east of Edinburgh, Fenton Tower has had a great deal of notable visitors, including King James VI of Scotland. This quality castle stay offers grouse, partridge and pheasant shooting, as well as fly fishing on the rivers Tween and Tyne. It would be a crime not to take a romantic walk after dinner around the property's own secluded loch; part of a perfect Scottish evening.

Built originally to fortify and protect the entrance to the Balloch pass to Glenshee and the important Moneca Pass to Braemar and the North, this rich old castle is surrounded by the stunning scenery of the rich Glenisla countryside. Completely restored to its former glory with traditional materials, Forter boasts five floors of modern luxury around a marvellous stone spiral staircase.

If you've had the pleasure of experiencing any other memorable Scottish castle stays, please do share them with us over at our Facebook page, through Twitter or over at Google+! 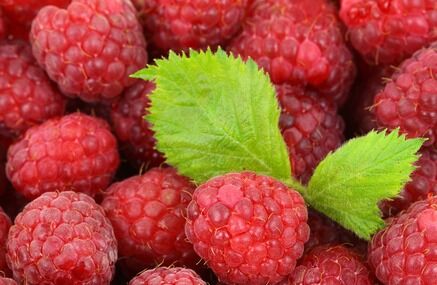 Scottish Recipe Of The Month – Scotch PancakesThursday, 12th of February 2015

Pancake Day is nearly here and for all of us foodies here at Fine Scottish hampers, we decided that our recipe this month should be nothing other than a stack of traditional Scotch pancakes. Fluffy in the centre with a melt in the mouth texture, Scotch pancakes 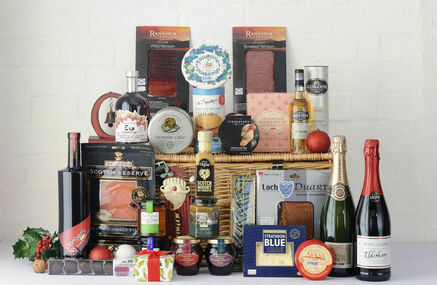 Guide to Hogmanay In ScotlandFriday, 19th of December 2014

Regardless of your culture or love for the holidays, New Years day is a celebration that is enjoyed in some way, shape or form by countries all across the world. Whilst most nations like to have their own customs and regional practices, in Scotland we have

Scottish Recipe of the Month: Cock-A-Leekie SoupThursday, 16th of October 2014

This entry of the Fine Scottish Hampers blog is the first in a new monthly series delivering some of the most traditional and beloved delicacies that you can make in your own home. From familiars like Haggis and Clootie Dumplings to lesser known treasures