22 Things You Didn't Know About Scotland

Few countries can brandish as clear a cultural image as Scotland. From its architecture, traditional dress and history to contributions made to the arts and, of course, food & drink, the identity of both the country itself and its people has a far reaching grasp. Today on the Fine Scottish Hampers' blog we're going to dig into the finer points of our mighty nation, with 22 facts you probably didn't know about old Scotland.

During the last ice age, Scotland was covered in glaciers and was too cold to actually be liveable. We don't know exactly when the warmer climate allowed for humans to first move in, though we do know vegetation and animals made the journey first.

Most non-Scots are aware of Scottish banknotes, but did you know that only the Royal Bank of Scotland still issues £1 notes (albeit in small volumes)?

The prominence of feudalism in 12th century started a castle building craze in the country that lasted 900 years. There's so many that you have roughly one for every 100 sq. miles!

#5 - Scotland has approximately 790 islands, and only some 94 are permanently inhabited

Though some islands formed from rocks that are over 400 million years old, others are considerably younger. Add the presence of high tides and one of the largest whirlpools in the world, and this should come as not a huge surprise!

Better yet, at 4,418 feet it's actually the highest peak in the whole of the UK.

Built between 1807 and 1810, the Bell Rock Lighthouse has not been replaced or adapted in 200 years, and is considered one of the 7 Wonders of the Industrial World.

#8 - The first-ever house to be lit by gas was built by Scottish engineer William Murdoch in 1794.

Replacing oil and tallow produced light, Murdoch's most renowned contribution to home living was first discovered through experimentation in a cave.

#9 - Robert Burns was originally trained as a 'flax dresser' at a house in Irvine, Ayrshire.

The iconic and celebrated Scottish poet originally had a job essentially producing yarn. This career path ended when his partner’s wife dropped a candle and burned down the premises.

#10 - The world’s first steam-boat was tested on the waters of Dalswinton Loch.

#11 - Edinburgh was the first city in the world with its own municipal fire service.

Founded in 1824, Chief officer James Braidwood is now considered one of the founders of modern firefighting.

#12 - It was once customary to eat Scottish porridge whilst standing.

There are numerous obscure customs surrounding this staple of Scottish eating. Stirring should always be done clockwise for luck, and it was sometimes poured into a kitchen drawer to be sliced when cold.

The first non-French food to receive this accolade, salmon is also the undisputed number one food export.

27th March 1871, saw Scotland beat England at this history playing field, which would go on to be the site of the first ever women's rugby international for both Scotland and Ireland in 1993.

#15 - 'Scotch' refers exclusively to Scottish whisky, which must be made in a manner specified by law.

You can read more dram-related facts in our 'History of Scotch Whisky' blog post!

#16 - Scotland is home to some of the UK's most amazing animals and wildlife!

Whilst no mammal species is exclusive to the country, it is the best place to spot the UK native species of Red Squirrel, plus Red deer, Golden eagles and Harbour Seals.

There is also the variety known as Highland English. Gaelic is reported to only be spoken by 1% of the population now.

#18 - The Southern Uplands of Scotland are home to the UK's highest village, Wanlockhead

At an average height of 1304 feet, this village is also famous as being the home of William Symington, and for a memorable visit from Robert Burns.

#19 The climate and geography of Scotland actually make it well suited for cheesemaking!

The short season usually means that traditional cheese have to be stored i.e. matured over winter, leading to their prominence in the market.

#20 - Haggis has successfully been used as a pizza topping in Edinburgh!

Cosmo's pizzas, a family run pizzeria in Newtongrange, features both haggis and Scottish triple cheese toppings in their range!

The fudge-like candy, some times referred to as Swiss milk tablet, originally had a recipe consisting of just sugar and cream.

#22 - The modern game of golf originated in Scotland in the 15th century.

First mentioned as 'gowf' in 1457, the Ancient Golf Club of St Andrews is dubbed the "home of golf" after it brought the course down to 18 holes for a game in 1764.

We'd love to revisit these eye-opening tidbits of Scottish information in the future, so if you have any interesting facts about Scotland, pass them on to us through the Fine Scottish Hampers' Facebook page, Twitter and Google+. 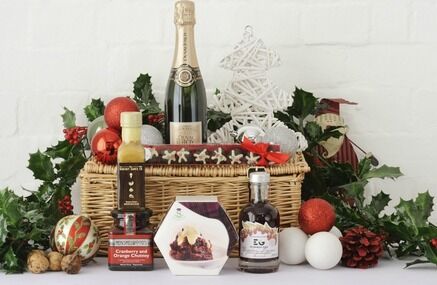 Scottish Year of Food and Drink Announced!Monday, 24th of November 2014

The endearing appeal of Scottish food is widely known, and come next year, it'll be a Universal truth. A couple of weeks ago, the Scottish Year of Food and Drink was announced to take place in Edinburgh in 2015, and has since generated huge excitement from 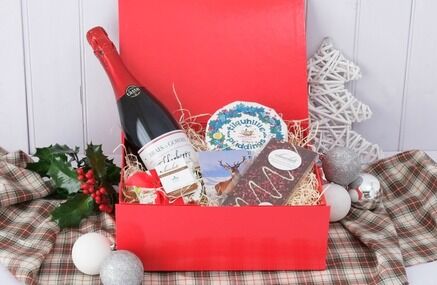 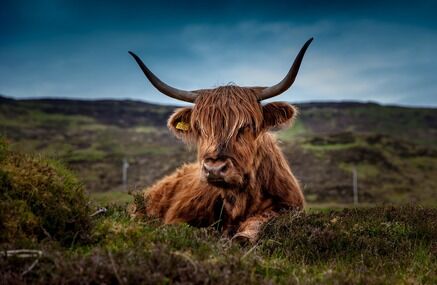 10 of the Best Places to Celebrate Burns Night In ScotlandFriday, 9th of January 2015

Come the 25th of this month every self respecting Scot will be raising a dram or three to the memory of Robbie Burns. Millions make an annual pilgrimage north of the border to celebrate the birthday of the country's most famous poet and here are 10 of the