Whisky drinking is now seen as much of an art as wine tasting in recent years. With so many different varieties, distilleries and blends, many groups enjoy whisky drinking as a social hobby to really taste the unique flavours and compare notes. For those who enjoy the odd glass or two of whisky with high ambitions of learning more about this beautiful liquor, you will need to know some key phrases. Here at Fine Scottish Hampers we have been enjoying whisky for many years and have put together 10 terms that every whisky drinker should know. So next time you are sampling a wee glass or two, you can stun those with your advanced whisky vocabulary.

Peaty - Have you ever heard someone say “this whisky has a delightful peaty taste” but you have no idea what they are talking about? Peaty is a strong smoky flavour that comes from the layer of earth that consists of grasses, plants, tree roots and molasses that have been compressed. When dried, this is used as fuel to dry malted barley that makes the whisky. This is traditionally used to add flavour, but was originally used by the Scottish as distillers had nothing else to burn.

Made By - If you see “made by” on a bottle of whisky this isn’t the same as distilled by. A good piece of trivia to announce at a tasting.

Dram - A word used to describe a measure of whisky coined by the Scottish. A wee dram is sort of like a shot, but isn’t to be treated like one. Whisky is there to be savoured, so don’t be shooting back a fine malt whisky like tequila during your next tasting.

Cooperage - A cooperage is the place where the barrels of the whisky get made. Barrels are made from a range of different wood depending on the type of flavour that you want the whisky to absorb.

Cask Strength - Whiskies that have been bottled at cask strength have a higher ABV than those that are diluted with water first. These are typically more expensive as there is less whisky produced. Whisky that is diluted with water means more bottles so therefore the price is lower.

Extraction - Whisky extracts the flavours from the barrel that it ages in so if a barrel has be aged in an oak barrel, then the whisky will continue to absorb more of the deep oak notes as time wares on.

Maturation - The time taken for the whisky to gain the highest amount of flavour and character from its cask. Wood is porous so whisky can easily absorb its natural oils.

Single Malt - Whisky that is made of 100% malted barley and is from just one single distillery location.

Angel’s Share - A great term that many avid whisky drinkers will use, angel’s share is the small amount of liquid that evaporates from barrels each year as it ascends to the heavens.

Charring - When the inside of the barrel is fired to help the whisky to take on more flavour from the wood. This is most typically seen during the casking process of bourbon.

Those are our top 10 whisky terms that you should definitely know. For our full range of Scottish whisky, visit our website. 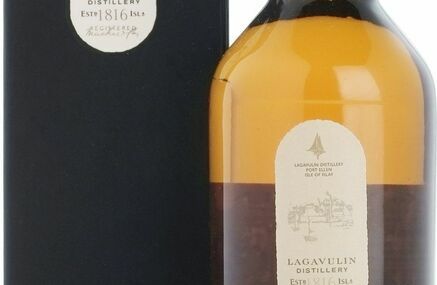 Receiving the slowest distillation of any Islay malt, Lagavulin is soon becoming one of Scotland's most popular and iconic whiskies. Offering rich peaty flavours and a long ambrosial finish, each bottle of single malt from the distillery has been perfectly 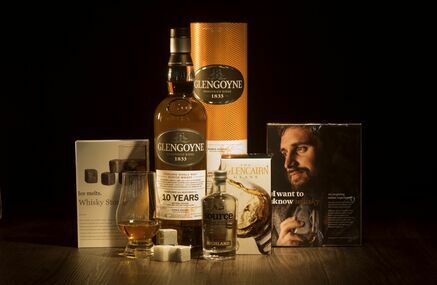 The Whisky RoomMonday, 14th of November 2016

Taking inspiration from the finest luxury whisky tasting lounges in Scotland, we’ve travelled across the country to bring you the finest collections of whisky for our own Whisky Room.